Give yourself the gift of Ageless Wisdom and Passion. A 4-week online retreat

Becoming a widow: My well-being journey during life changes

We must let go of the life we planned,

So as to accept the life that is waiting for us. 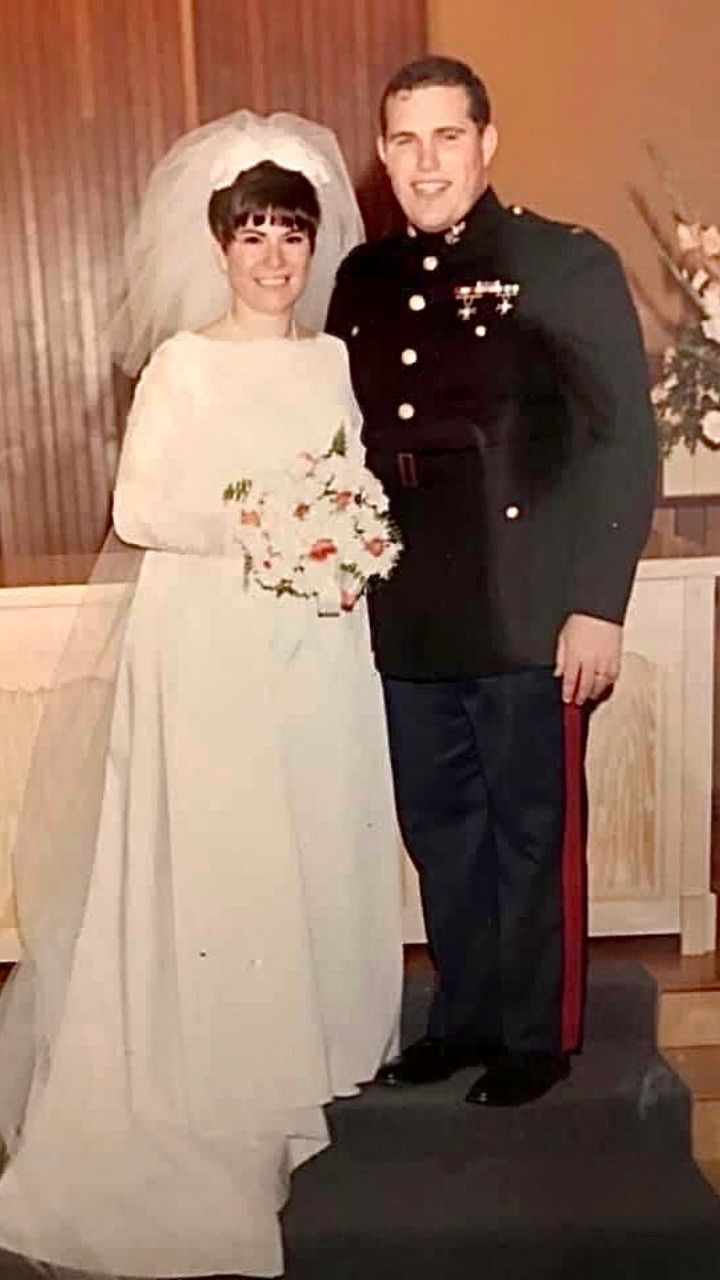 When becoming a widow, one joins a club in which no one wants to be a member.  If you are young when widowed, not only do you grieve your husband but also the life you thought you were going to have.  In October this year, I will have been in the widow club for 25 years.

The day it happened to me

In October of 1997, I was happily living in Davis, CA.  I was 52.  My husband Doc was 51. Our daughter Sara was 22, having graduated that June from the University of Washington. Our son Gerrit was 19 and beginning his sophomore year at Willamette University where he played football.

It was Parents Weekend at Willamette and there was a home football game.  We had forgotten to get plane tickets that weekend so we were driving instead.  Near Canyonville in Southern Oregon, an 88-year-old man entered I-5 from an exit and began driving south the wrong way in our northbound lane.

Coming around a curve next to the scenic Umpqua River, our cars collided head-on and both drivers were killed instantly. I remember sitting with strangers on the side of the road that morning thinking that at that moment my life was changing in front of my eyes.  I instantly became a member of a club that no one wants to be in. 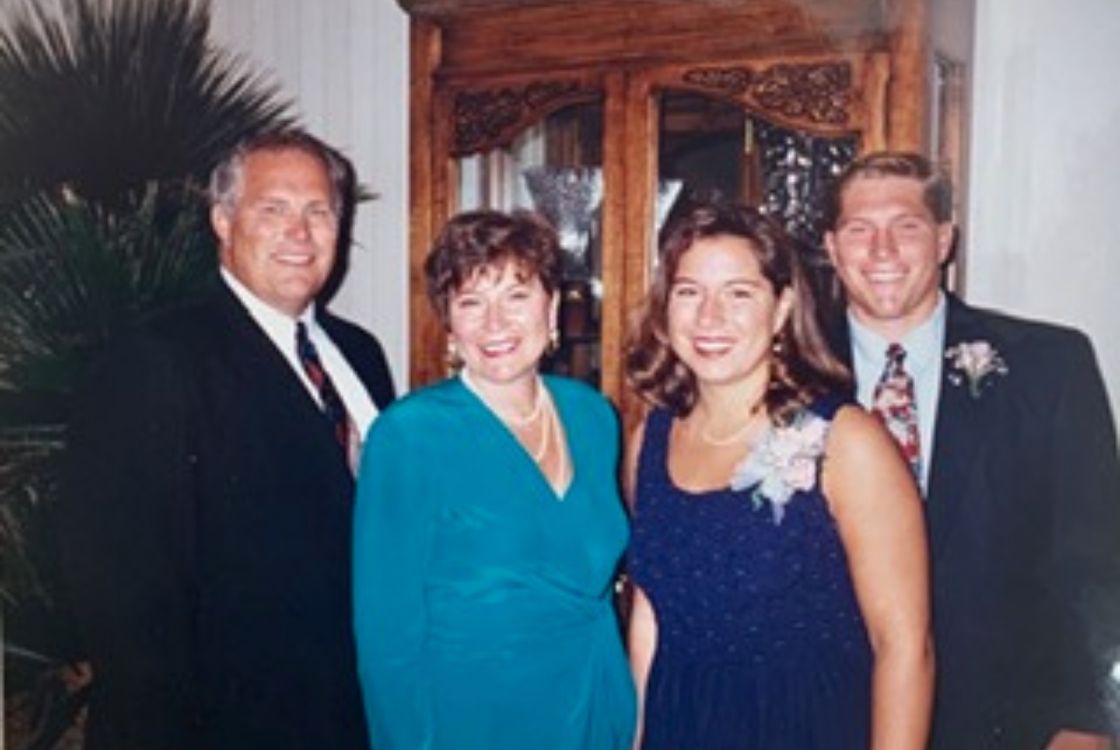 “Well-being” can be defined as the state of being healthy and happy.  At the time I was neither.  My body was broken, with a broken clavicle and a broken leg.  My world as I knew it was in a tailspin at losing my life partner.  So my heart was broken as well.

That fall was a blur and it still is. My children and I were very lucky to have the support of our family, friends, and neighbors, as well as the whole community of our wonderful town. I spent three months in a wheelchair and needed help with my daily activities. At the same time, I needed to be strong for my kids who had lost their father way too soon.

So every Friday that fall, I got on an airplane in my wheelchair and went to Gerrit’s football games. The Willamette football stadium was not wheelchair accessible so before each game, a group of dads and brothers carried me in the wheelchair up the stadium stairs so I could sit with the other parents.

Gerrit’s team made it all the way to the National Championships that fall and I went to the big game in Tennessee that December in the wheelchair. Our family somehow made it through the holidays and eventually, I was able to graduate from the wheelchair to a walker, and then a cane. Physically I was on the mend.

The power of daily gratitude

I give credit to Oprah Winfrey for helping my emotional healing.  One day that January, when I was finally able to live on my own without help and my new reality was setting in, I watched Oprah’s TV show.  Her guest was the author of the book "Simple Abundance, A Daybook of Comfort and Joy." The book contains daily inspirations and activities to help become one’s authentic self.

One of the main principles of the book is to unlock gratitude and much of the Oprah program that afternoon was devoted to the importance of keeping a gratitude journal.  So I did.   Every night before I went to sleep I wrote down five things for which I was grateful. Sometimes it was just that the sun had come out that day, or that I organized a file folder, but I was continually amazed at how many things in my life were still good. That daily practice of writing down five things for which I was grateful showed me that my glass was half full, not half empty.

The birth of the Gathering of Goddesses

I spent most of that summer of 1998 at our cabin in Sisters with family and friends.  My Alpha Chi Omega sorority sisters from Oregon State came to visit two and three at a time that summer to support me. One of them suggested we plan a reunion at our cabin the following summer with as many of us as possible. So that next summer of 1999, my sorority sisters came, not only from Oregon, but from California, Iowa, Georgia, and Okinawa.  The Gathering of the Goddesses was officially born!  We have met every summer since, except one year due to Covid. So something very wonderful and positive has resulted from my tragedy. 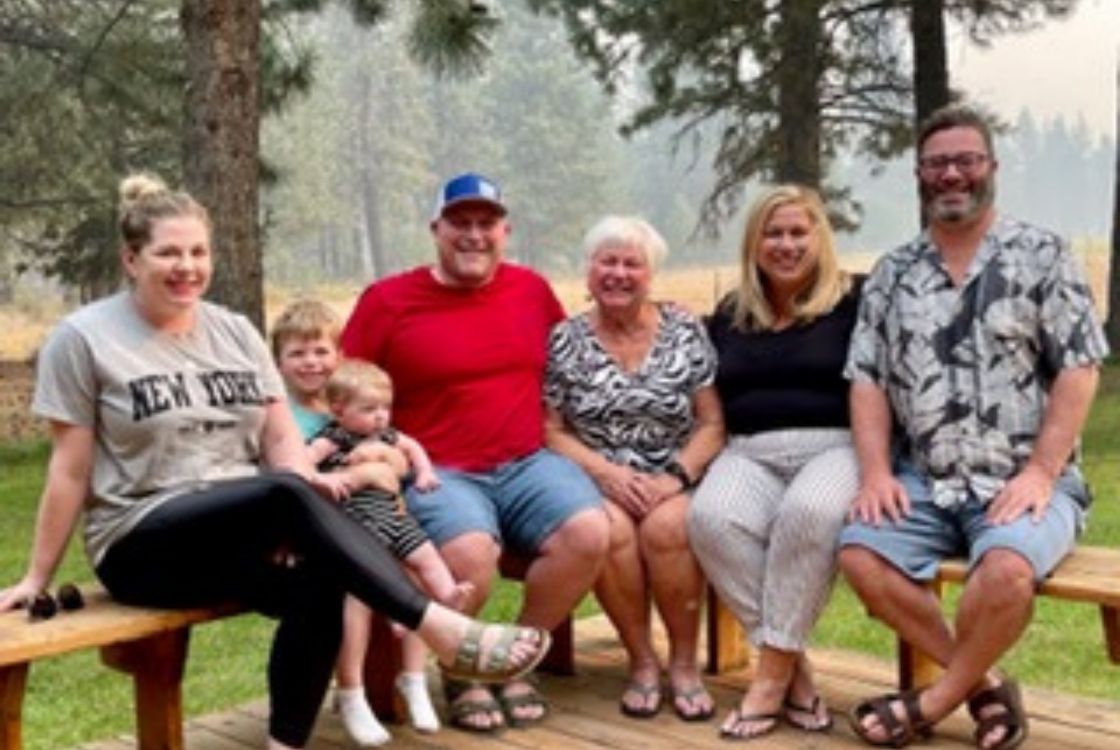 A special spot in view of the Three Sisters Mountains

Twelve years ago, we lost one of the goddesses to uterine cancer.  The last time I spoke to Phyl, she called me from her home in Atlanta, knowing she was near the end, to ask if some of her ashes could be scattered at the cabin so she would always be with us at our future Gatherings of the Goddesses. I was touched and honored. Her husband and daughter came to the memorial the goddesses had for Phyl the next September.

Her husband gifted a grave marker inscribed “Goddesses Gather Here."  Since then other friends who have made memories with us over the years at our cabin have scattered the ashes of their loved ones in that special spot in view of the Three Sisters Mountains. Some of Doc is there, along with two other goddess husbands; my mother is there, as is her best friend. Even my sister’s OSU volleyball coach is there. Now there is a real party going on in that spot and that is good for my soul.

Traveling all over the world

I continue to work on my well-being these many years since Doc’s death.  I have more friends who have joined “the club” and several of us enjoy traveling together. I take some of Doc’s ashes on these trips and have left him all over the world:

He was also scattered in Yakima, WA, where Sara was married, and again at Gerrit’s wedding site in Laurelhurst Park in Portland. On both of these special occasions, we all felt his absence…and also his presence. 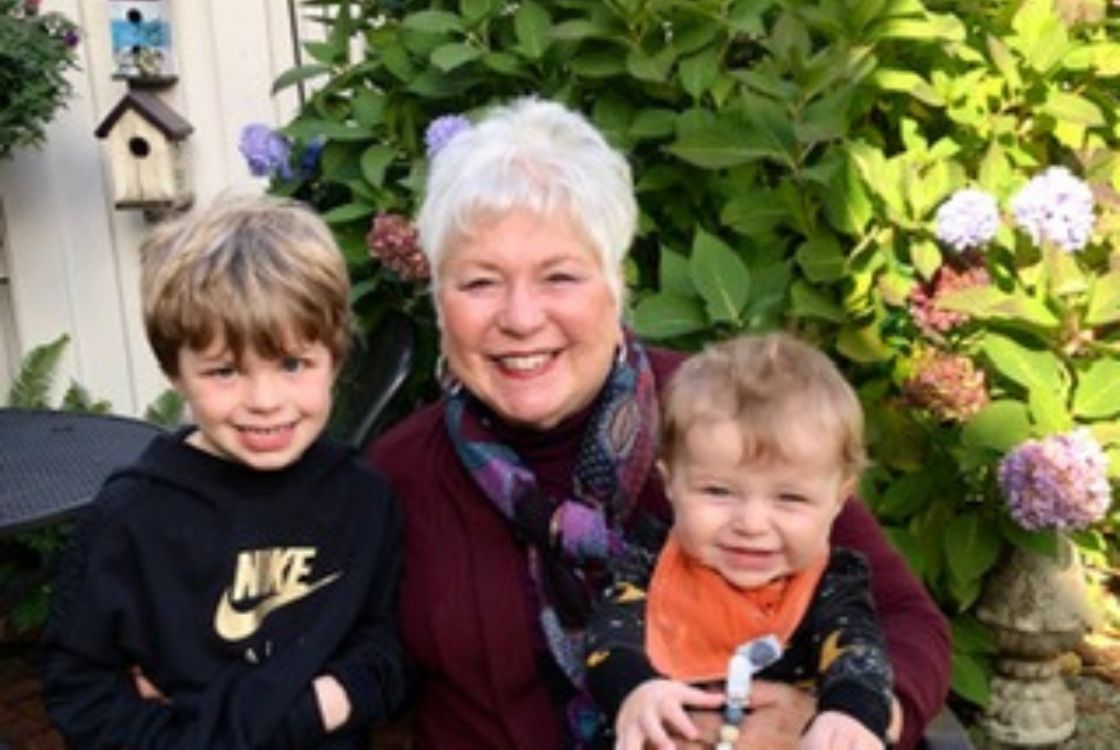 So that’s the story of my widowhood. I keep putting one foot in front of the other and keep going with the support of my family and “a little help from my friends”.  After moving around the country over the years with Doc’s job, ten years ago I realized a lifetime dream to come home to Oregon. I landed happily in Lake Oswego, and now I am “Mimi” to two darling little grandsons.

In a nod to Joseph Conrad’s quote that I began my story with, I am not living the life I had planned, but I am living a good life.

In closing, I’d like to share another quote that exemplifies the attitude of gratitude that has helped me in my journey to well-being in widowhood:

Don’t cry because it’s over,

Smile because it happened.

Penny grew up in Coos Bay, a small logging town on the Oregon coast. She graduated from Oregon State University where she met her husband Doc. After graduation, Doc attended USMC Officer Candidate School at Quantico, Va, then served in Vietnam while Penny started her teaching career. After they married, Doc’s job moved them around the country and eventually took them to Davis, Ca where they raised their family.

In 2011, after 25 years in Davis (14 of them as a widow), Penny moved back to Lake Oswego, Oregon, a suburb of Portland, where they had once lived and where their daughter was born.  Penny spends much of the summer at their family cabin in Sisters, near Bend, Oregon.

The key to less stress and living longer is not what you think
live your best life self-care
Nov 04, 2022
Why is self care so hard to remember?
self-care self-love trusting yourself
Oct 21, 2022
When self care becomes an absolute necessity
female empowerment living green self-care
Aug 10, 2022 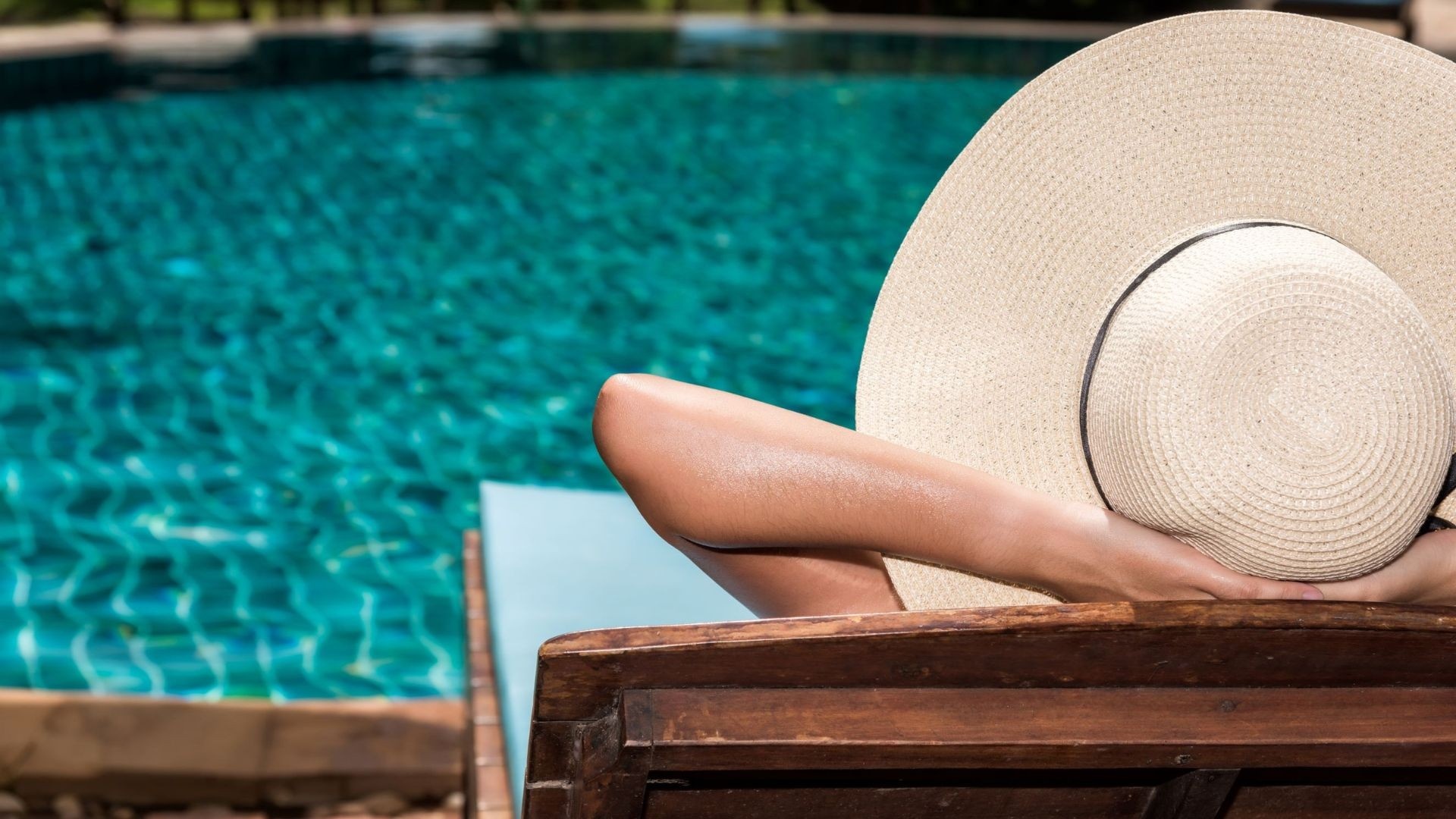 Designed to give you the tools you need to manage stress, build resilience, and find balance and joy.