Letting go of the fears that hold you back

When I worked in Alaska for 4 months in the winter of 2012, I learned the true power of overriding fear. I've never forgotten what it took for me to be able to have a one-of-a-kind adventure and what I learned from the experience. 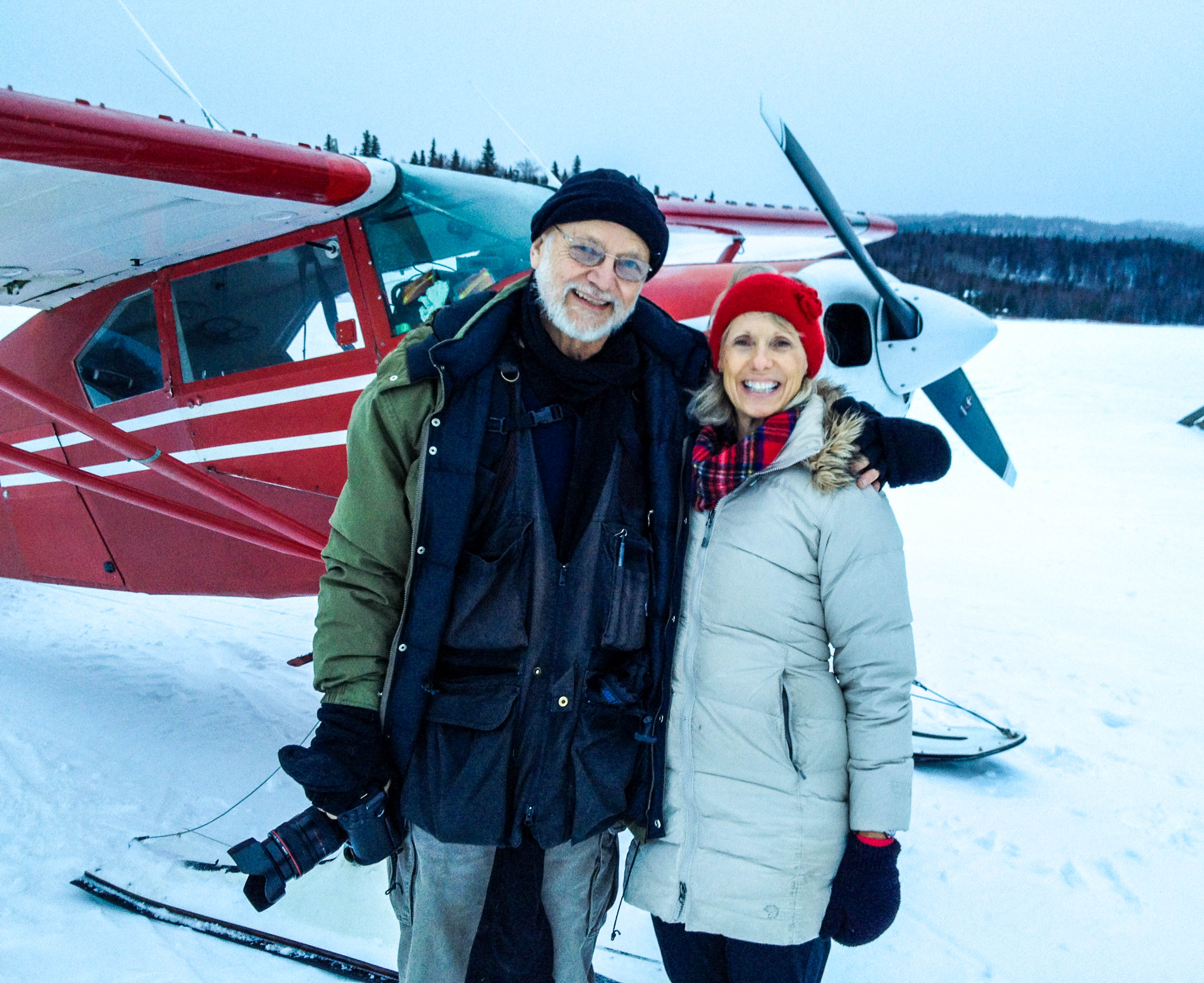 It was simply meant to be a Christmas present for my husband. He's a pilot and would rather fly than anything.

It’s one of those passions your spouse has that you say, “I’m glad you love being a pilot but not me. I'll stand on the ground and watch while you go up."

Flying over a mountain

So when I told him that his Christmas present would be flying on a ski plane to Denali, the highest mountain peak in North America, he loved this idea. And quietly I added, I’ll be staying back at the lodge and taking pictures.

“Well, then I’m not going," he said stubbornly.

When my husband says something like that I know that the steel trap door is down and there's no way I’m going to budge him.

So I relented. I said I would go.

We met Don Lee, owner of the plane, and an experienced bush pilot who would be flying with us. Don is also the owner of a small lodge just outside of Talkeetna, Alaska, the small town where Northern Lights was filmed.

The two men met and did their pilot talk. 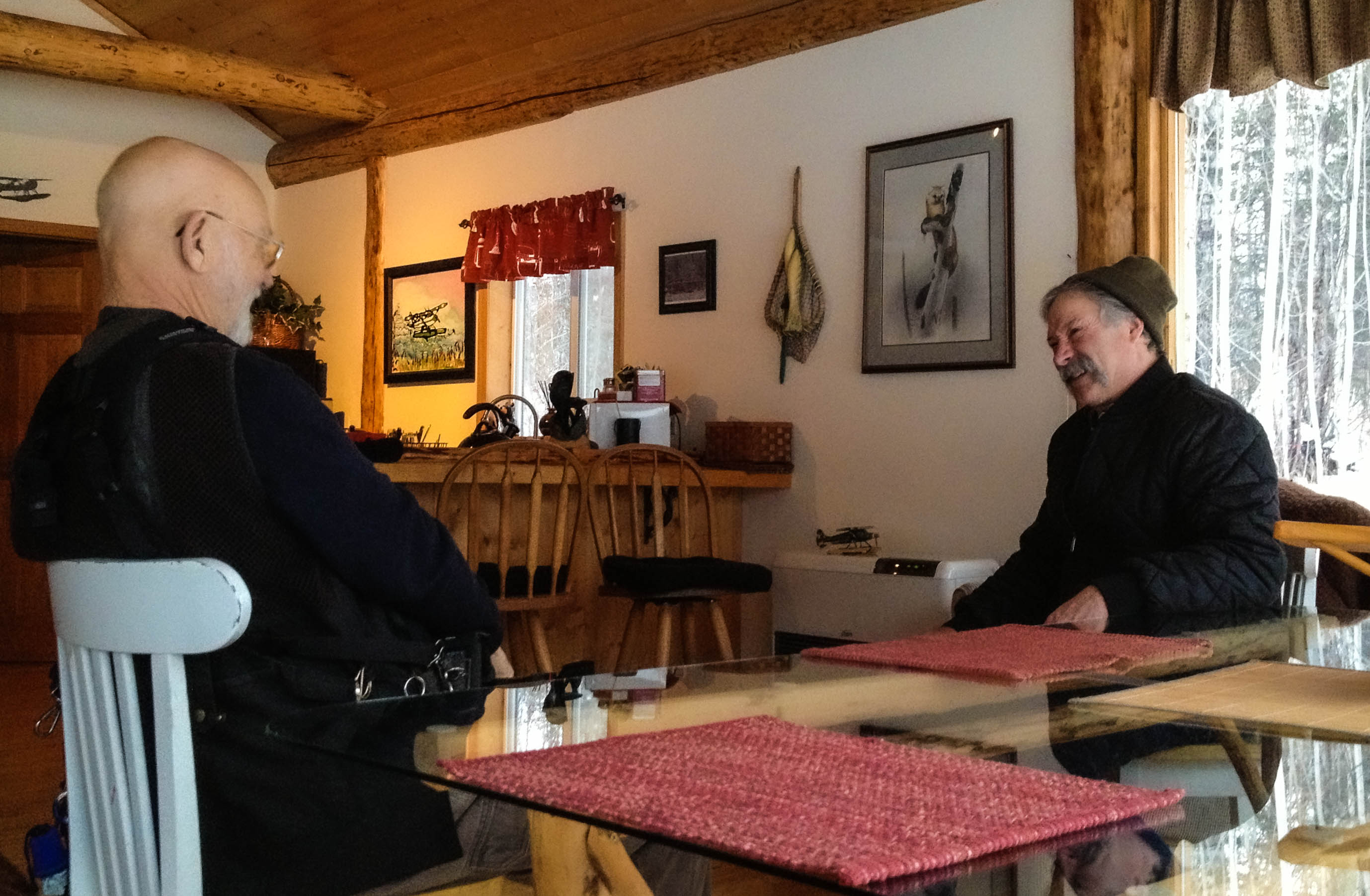 Don seemed easygoing. Thom talked about his noneventful pilot hours and I could see out of the corner of my eye that Thom and Don were giving each other their personal stamps of approval.

Don was reassuring. “We’ll have a good time, we’ll just go up and find some moose…I’ll make it safe for you.”

Thom hadn't flown a plane since 2004.  I thought okay, so Don will do the takeoff and landings. I can handle that.

Not your average plane

I looked at the plane. Where the wheels were supposed to be, there were two skis.

Skis on a plane. Whatever, I thought, trying to be brave. And then I heard Don say something about no brakes, just the skis.

Okay, so I didn’t need to know that. 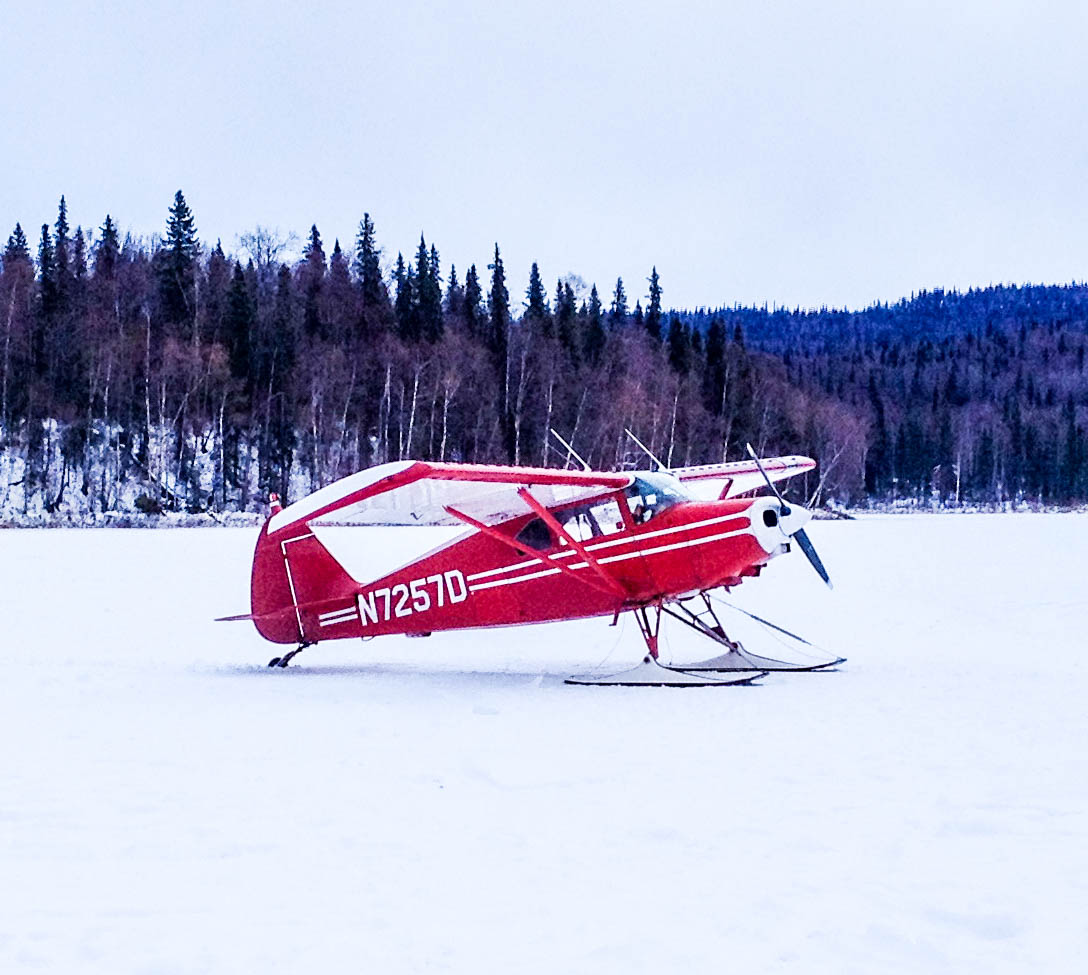 Don opened the door for me to get into the back seat. I was the first to hop into the very small Piper 220. I heard the click of my seat belt and watched as Don handed me the headset and closed my door.

Thom slid across to the left-hand seat in the front (there's only one door) and began buckling up. Don peeked a look at me in the back and let me know that the survival gear was in the back, behind me. What the hell? I so DID NOT need to hear that.

I looked outside the tiny window and suddenly heard the engine buzz. It was loud so I decided now was the time to put on my headset. 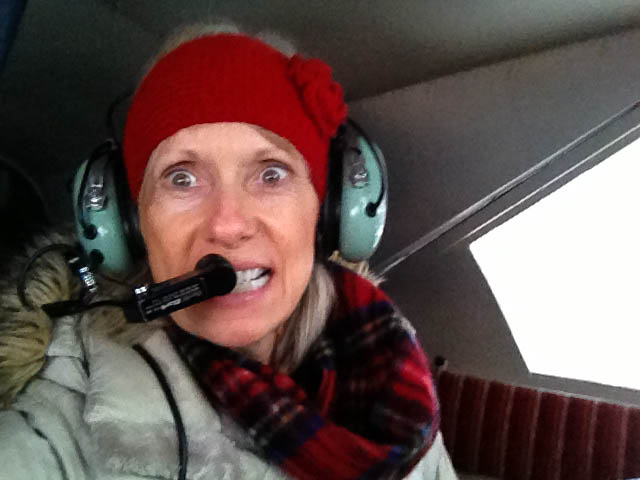 My husband the pilot

I could hear Don’s instructions to Thom, “just ease up on the throttle and push it forward as we taxi onto the lake.” OMG.

Was Thom going to be flying this plane right now?

I wanted to scream…do you realize he hasn’t flown a plane in years? Why doesn’t Thom say something, like…"Don, you’d better do the takeoff." That’s clearly what I would have done.

Somehow, I managed to get myself under control and not scream.

The frozen lake seemed big to me and fully frozen with a huge layer of snow on top.

I felt reasonably comfortable as the plane moved along sluggishly through the snow. I felt us begin to lift up into the sky.

Dealing with my fears in the air

The familiar, OMG I’m going to die feeling crept up. I closed my eyes, realized I was holding my breath, and coached myself to breathe.

I knew we were up in the air but I didn’t want to see how far. 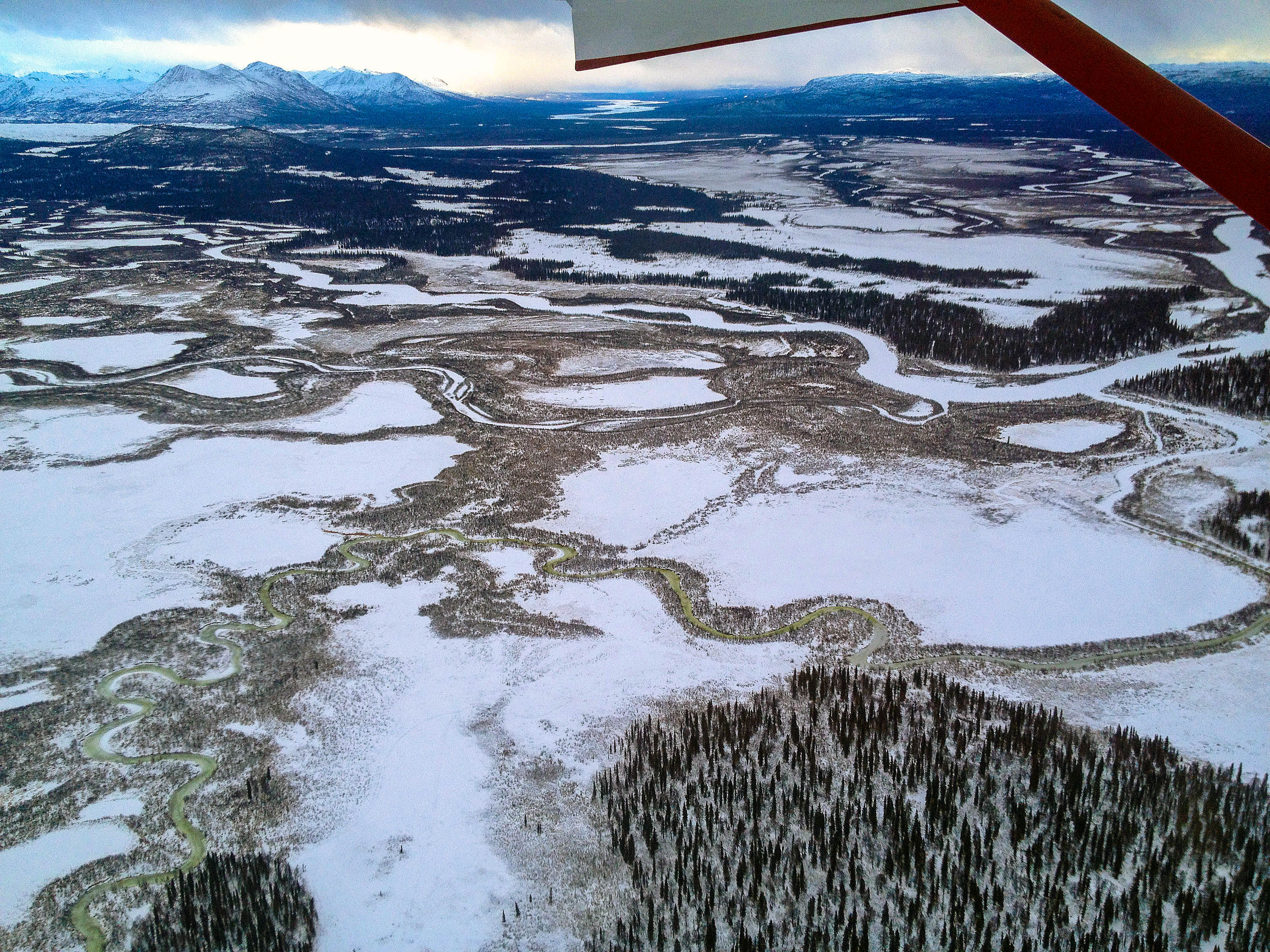 I heard Don chatting away on the headset. “We’re just going to look for some moose. They’re usually in this area down around the trees.”

Moose? Who the hell cares about the freakin' moose when we’re all about to fall to our deaths? The moose certainly don’t give a hoot.

Let the self-talk begin. I was too afraid to move in the tiny cramped seat.

Letting go of my fear

I kept saying to myself you can do this. You can do it. Practice what you preach about letting go. Surrender to not having control. Release the fear. LET GO.

And like a bolt out of the blue, I realized that I was in a tiny thin-layered aircraft with two men. One that I have loved for over 20 years, who would lay down his life for me. The other I had known for less than an hour. He told us he had 30 years and thousands of hours as a bush pilot. He could fly the plane no matter what.

So I said to myself, relax, you can trust both of them.

I told myself, this is what it looks like to relinquish all control, to let go, to surrender. This is it and you are doing it at this very moment.

I felt more peaceful. Not exactly peaceful but calmer.

I distracted myself by looking for moose but they are nowhere to be seen. The tiny black trees got smaller as we climbed higher. 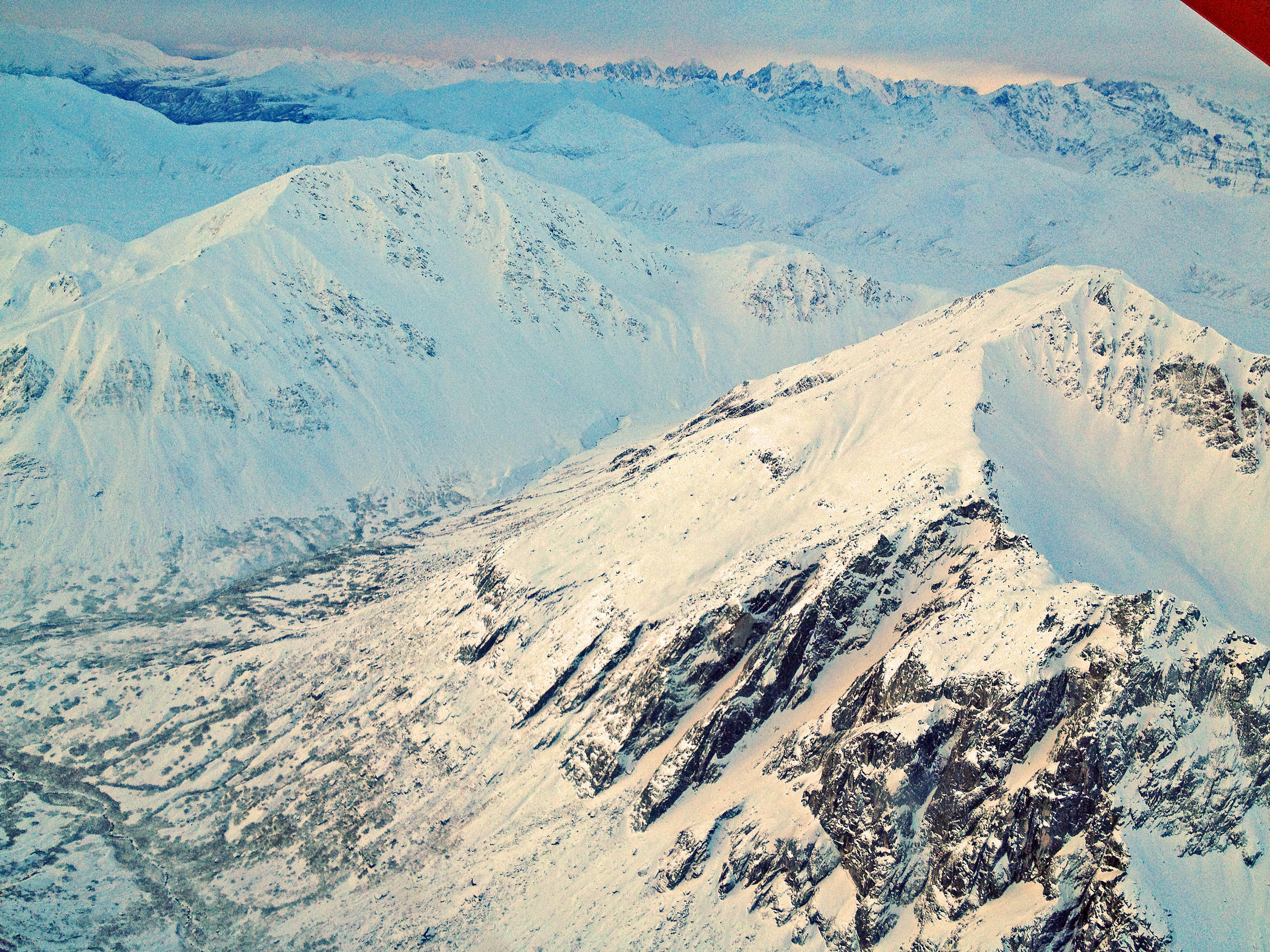 I looked out the window as we flew some 40 miles north to Denali, North America’s highest mountain at 20,320 feet. There were clouds shrouding the top of it. We eventually made it to 8000 feet.

Majestic views from way up high

On my right, I saw rugged peaks of snow, of ice, unbelievable majestic beauty, on my left, there was a gorgeous glacier.

It truly was a moment of wonder. 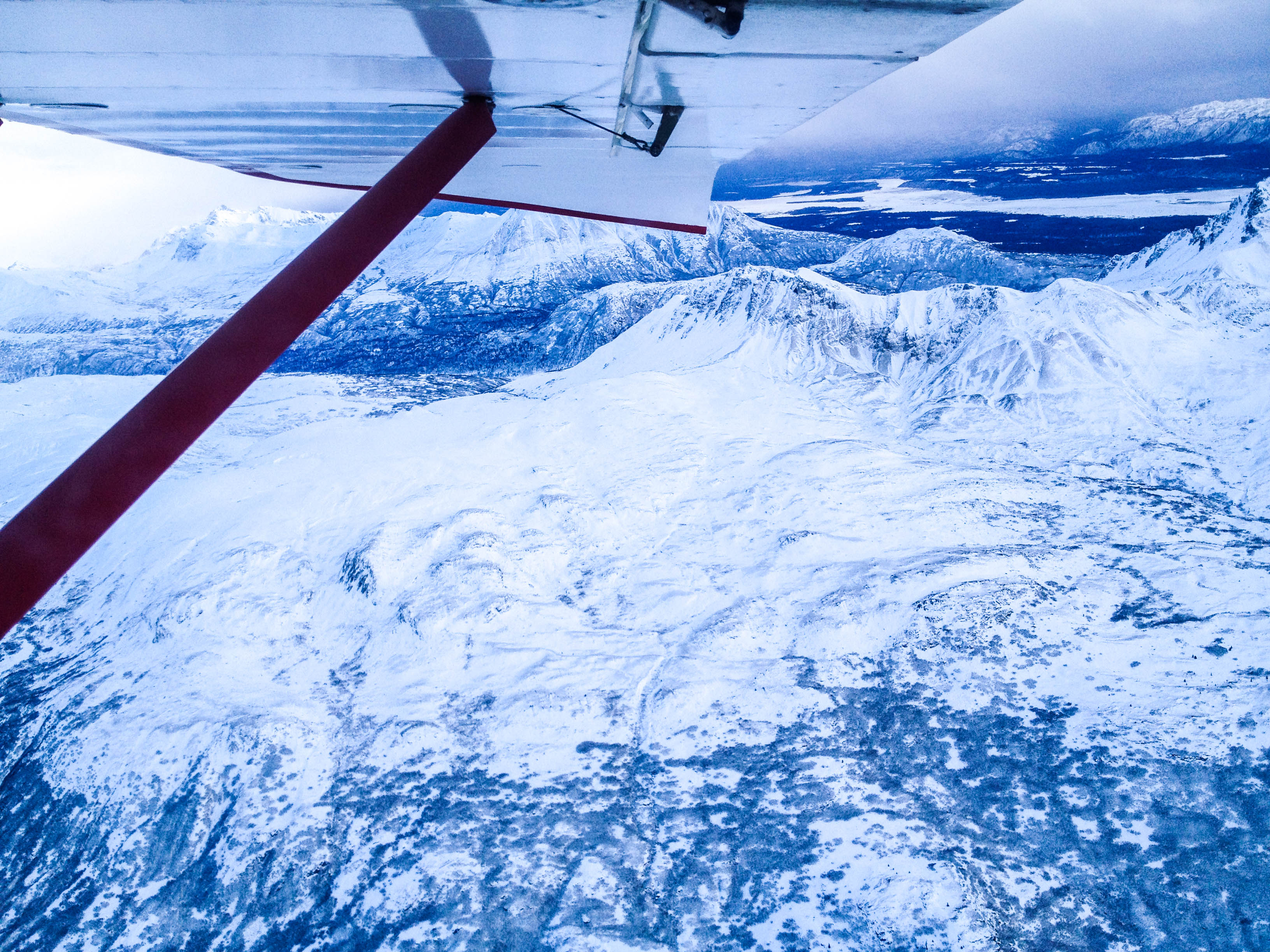 You cannot see it like this from the ground. These mountains are fierce, majestic, breathtaking.

It is incomprehensible to think of landing here and yet planes frequently land on glaciers and people step outside and eat their lunch right on the glacier. 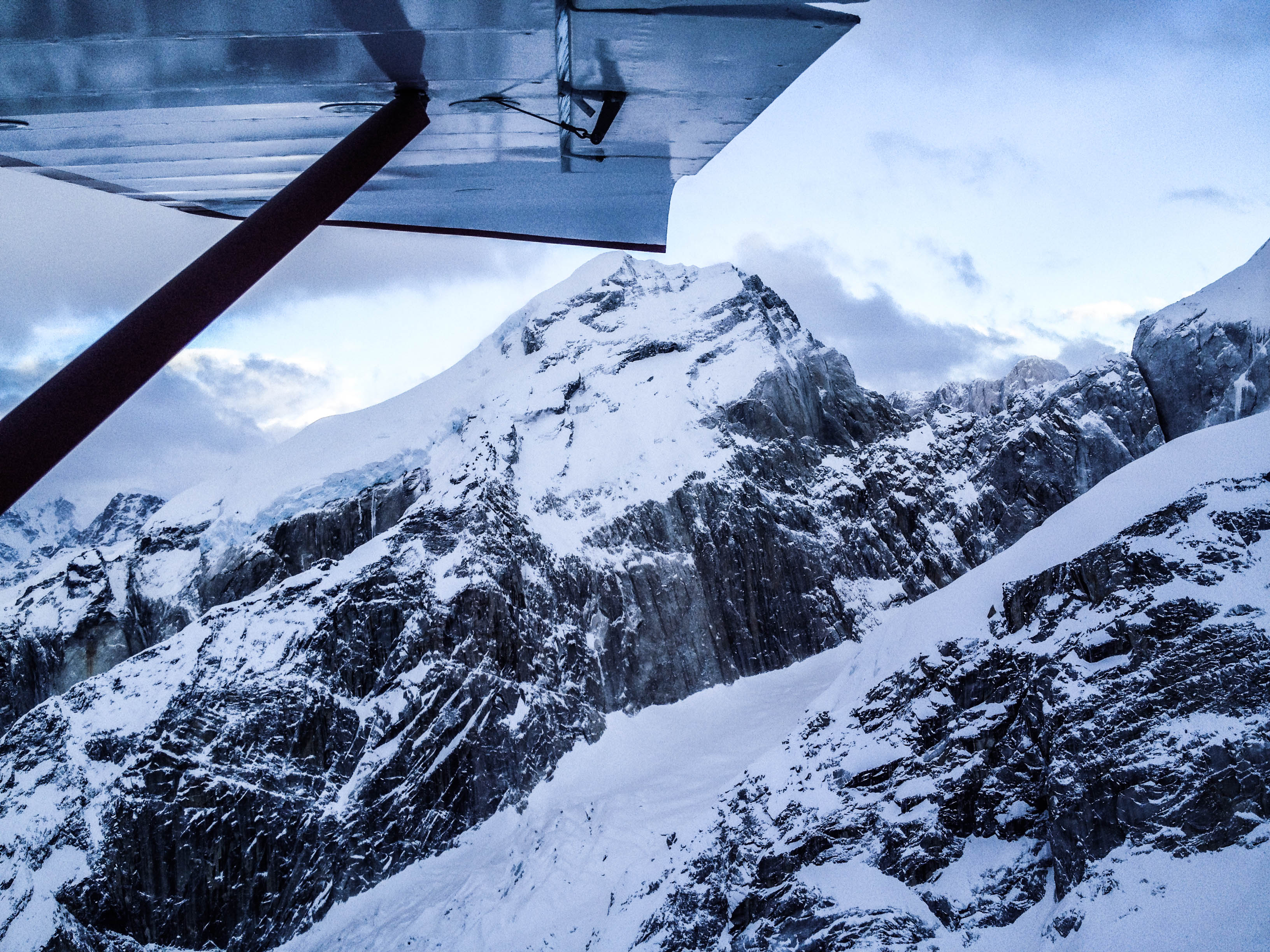 I heard Don and Thom talking through my headset.  They think like pilots and they talk like pilots. They weren't worried about a crash, but always they looked for a place to land in case there was a need to. They were constantly surveying the weather and looking for snow, ice, or high winds and other aircraft.

I heard Don say to check the ice on the carburetor and once again I had to control my need to panic. Ice? Holy crap I say to myself and then I heard him say that the plane can deal with ice but we don’t want to have it happen. Me either.

It was time to turn back and we could see the town of Talkeetna. The lake appeared closer. It was time to land and I remembered this tiny plan had no brakes.

I closed my eyes and prayed.  I heard Don say, "that was a very smooth landing, Thom."

I wanted to shout. This was the true meaning of thrilling.  We all survived and were on the ground...gliding on the snowy lake on skis. What an adventure.

That day for me was more than just experiencing the wonders of Alaska. 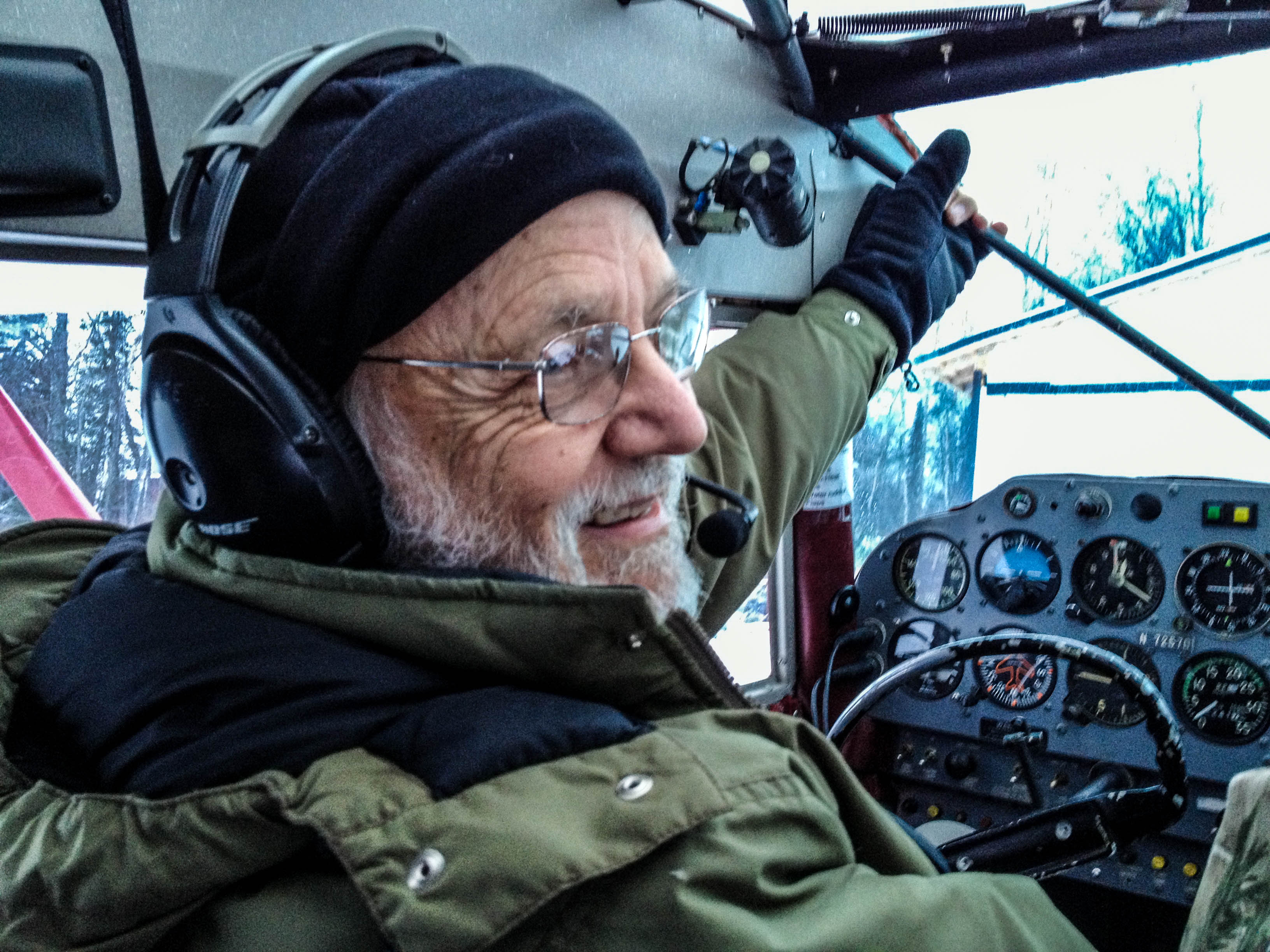 Seeing my husband in a new light, viewing him competent, composed, and trusting himself, was powerful.

He was a pure role model for stretching oneself. I was so focused on my own fear that I nearly missed the opportunity to see the man I journey through life with step-up so big. He took on a challenge, quietly and without drama. I learned that day to trust him more and to trust myself, too.

Overcoming fear is not easy. But we all can do this.

What kind of fear have you been able to let go of? What are you proud of?

What did it take to manage your fear?  Take a few moments to remember what you did and how you managed your fear. Write it in your journal. Tell someone your story. Remember you can do anything.