My Mother Told Me That Only Bad Women Wear Red Panties... 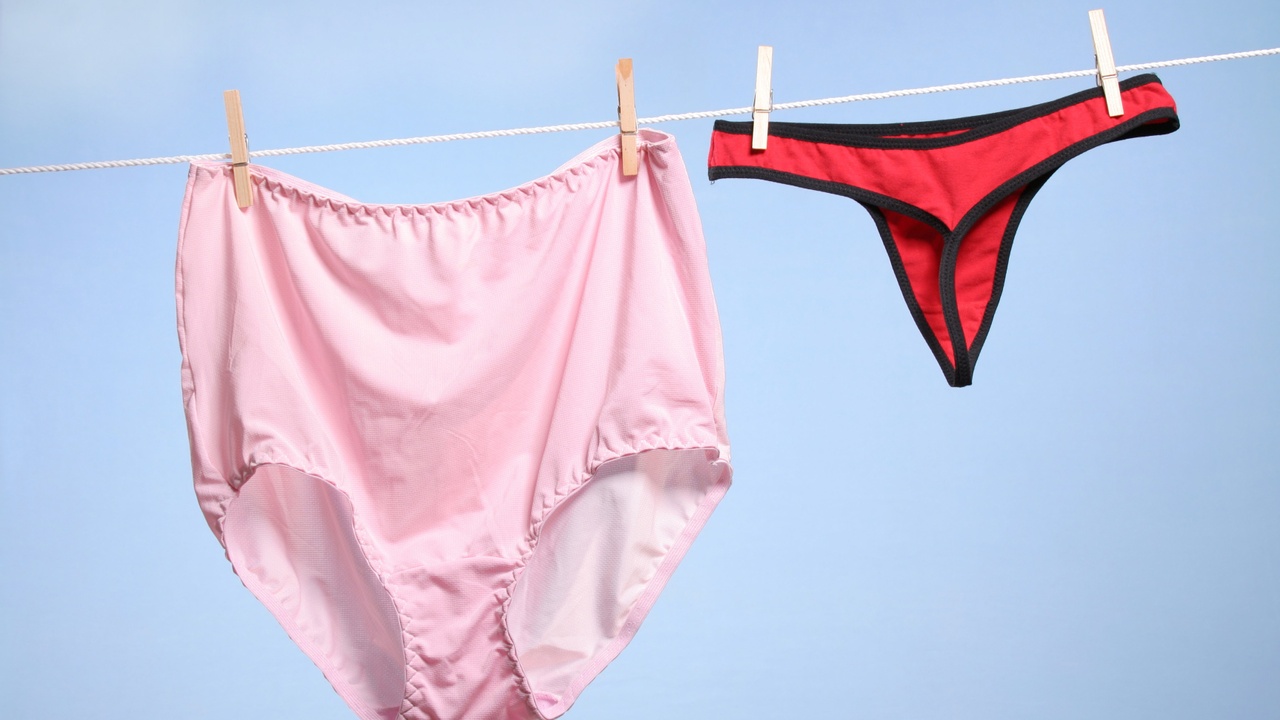 My mother told me something a little startling when I asked for a pair of red panties.

I  was puzzled by what she meant by "bad women" but whatever it was I figured, I didn’t want to be a bad woman.

Where did we get this label...bad women?

I remember my aunt told me that her parents said "no" when she wanted to be a nurse. They wouldn’t allow it and explained that “respectable” women weren't nurses.

I wondered about that, too.

Instead, my Aunt Billie stood, at the age of 16, right beside my grandfather who was a pharmacist at Hatcher's Drugstore in a tiny little town in South Georgia.

Aunt Billie worked alongside my grandfather, filling prescriptions as a compounding pharmacist. There were far less regulations then and so she was allowed to do this.

She had learned from her father how to fill prescriptions. So, even more, confusing was why she was allowed to do that but not be a nurse. Hmmm.

I don't know what a bad woman is or why nurses weren't "respectable" but I imagine it had something to do with sex.

Somehow if you showed up as sexy or a hot young thing in your red panties, that would just be over the top. 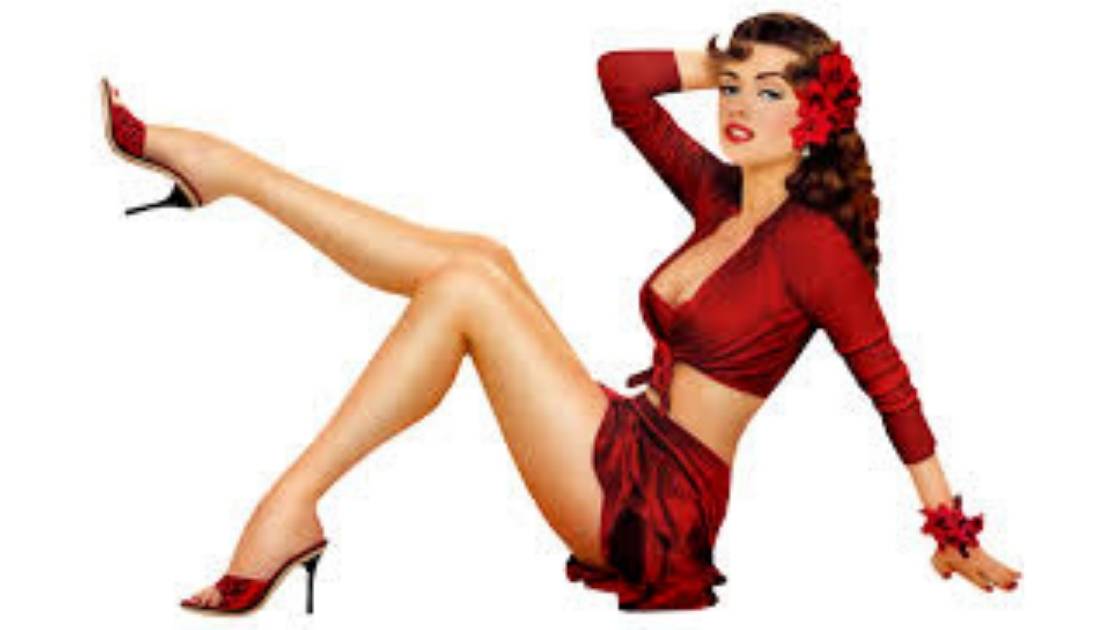 Messages no women should hear

I know this happened in another time but it's a message I don't want my granddaughters to hear about.

It was the 40s when my aunt was filling prescriptions and longing to be a nurse. It was another time in history when women's places were primarily in the home.

I know my aunt could have probably been a doctor if she wanted but of course, that idea didn't exist.

Because you know, she was a woman and women weren't doctors.

I heard a story the other day about a mother listening to her 8-year-old daughter say,  "women can't be president."  When the mother asked her daughter why she thought that, the daughter replied, "because there are no women presidents...there's never been any."

Wow, was that an eye-opener for this very aware mother who had raised (she thought) her daughter to be open to being able to do or be anything, without dealing with gender issues.

What a message that this little girl received from our government and our leaders, our country. And from the adults around her who voted.

I wonder, too, why haven’t we had any female presidents?

“We've come a long way, baby.” That used to be the slogan for Virginia Slim cigarettes in the 70s. 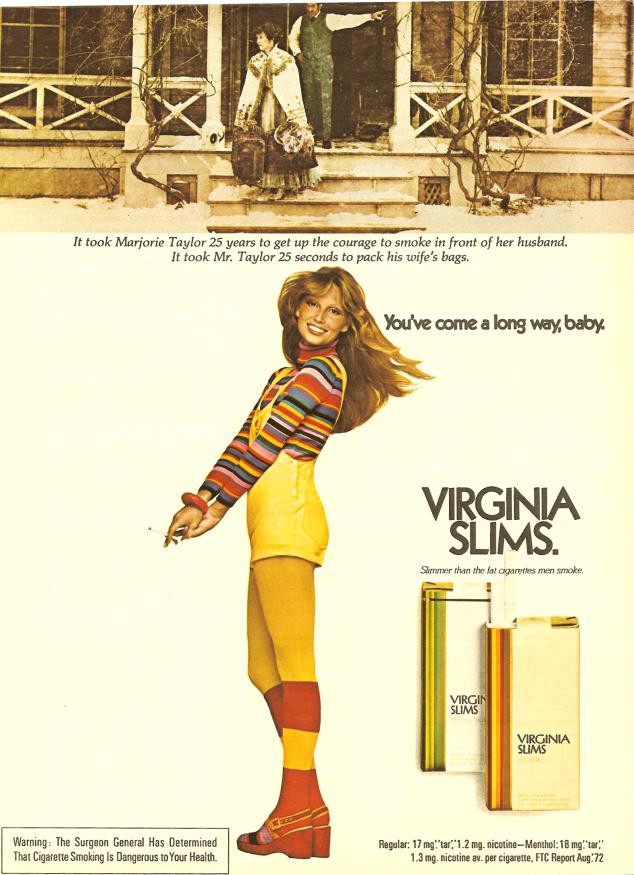 I’m guessing the marketing theme was that it was acceptable then for women to smoke and in public. Sheeesh.

I don't think it's far enough. 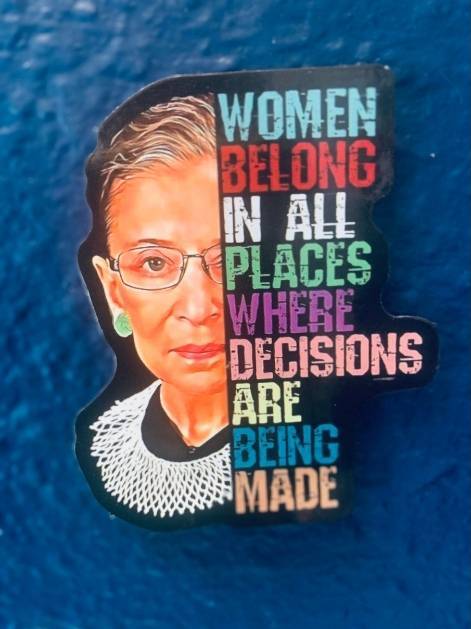 Like RBG, I believe we need women to be where decisions are being made.

I’d like to see women paid as much as men, be able to have decent childcare for being able to work outside the home, to be represented equally on the Supreme Court and in Congress.  And for men to equally share the job of raising children. (I know that many men do, I'm not talking about you if you're one of the wonderful ones).

The pandemic was hard on women and so many had to quit their jobs and stay home to manage the children for school. Why was that? Why does the brunt of childcare always seem to fall on the shoulders of women?

It’s time now to recognize that we all lose out in every way if women's voices aren't heard. Women are powerful and valuable. It's time to let go of any ridiculous biases against women.

We women are the first who have to recognize this and raise our voices.

I wanna be a bad woman.

A woman who is uppity, who doesn't back down, rather finds a way to work collaboratively to solve problems.

...a lioness, in sacred rage, when things aren't fair.

I want to have my voice heard and I want women's voices to be heard everywhere,  especially about children, health, climate change, violence, injustice...all of it.

Because women approach things from a different perspective. We bring relationship building, creativity to problem-solving, and we stand up for the children.

Pssst.  I wear red and black panties so I guess I might be a bad woman. 😊

Some things to think about now: 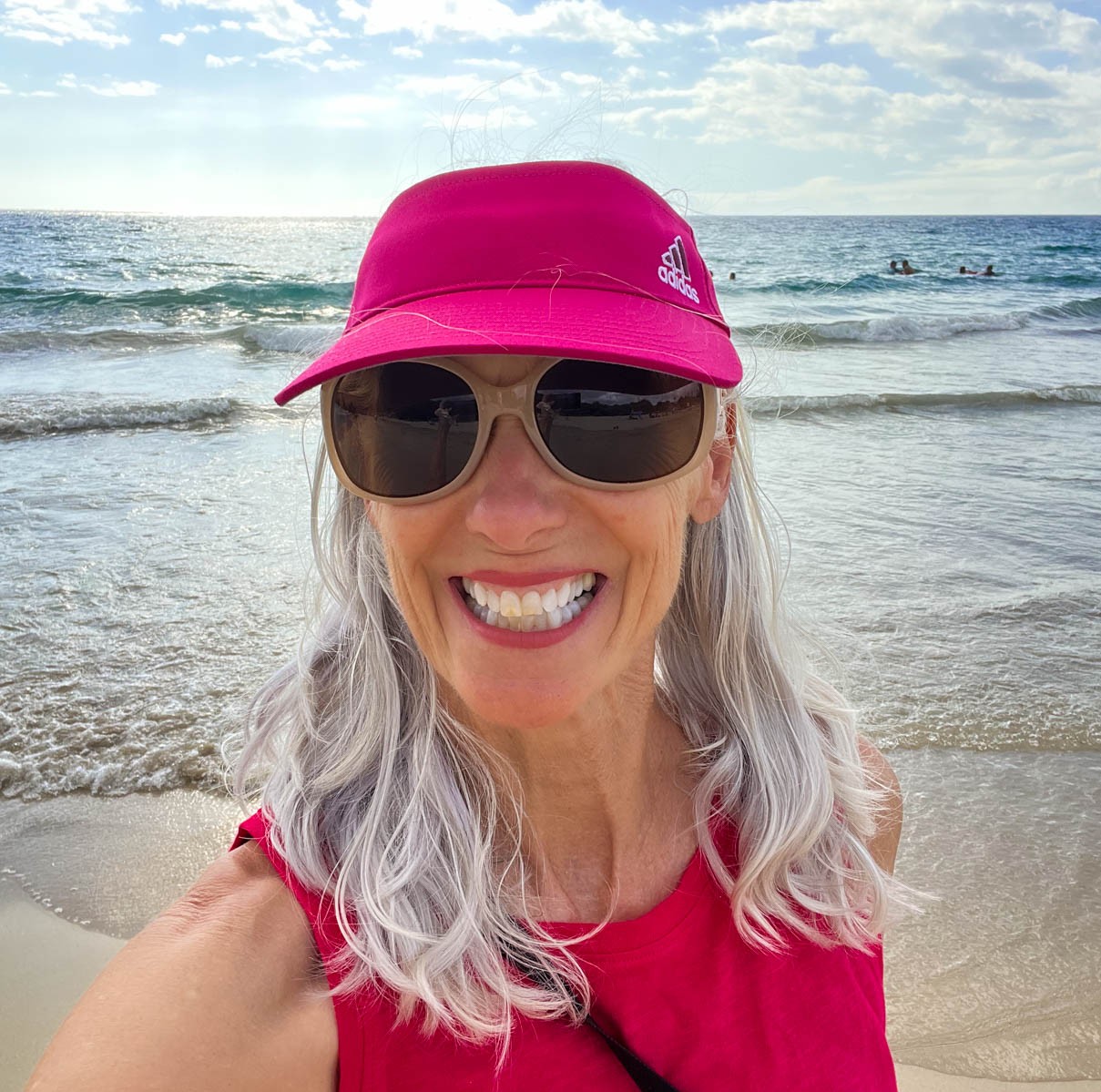 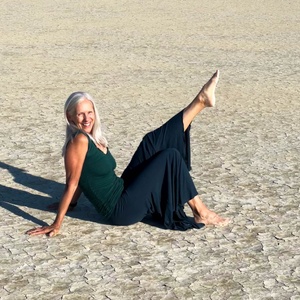